The article “A BRIEF HISTORY OF ETOBICOKE: FROM TOWNSHIP TO AMALGAMATION” was written by Denise Harris from the Etobicoke Historical Society. For more information about the history of Etobicoke and this great organization please visit www.EtobicokeHistorical.com. 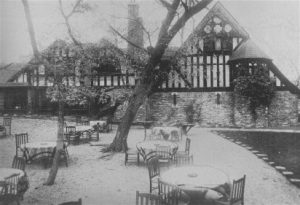 The name “Etobicoke” originates with the Mississauga First Nation, who called Etobicoke Creek and the area around it “waugh-do-pe-kaug”, meaning “where the alders grow.” The Mississaugas had moved from the Mississagi River area on Lake Huron to the north shore of Lake Ontario around 1700. This area fell under British rule following the defeat of the French and the signing of the Treaty of Paris in 1763. However, it was not until 1787 that the British signed the Toronto Purchase agreement with the Mississaugas which included land from the Scarborough Bluffs to Etobicoke Creek. The Mississaugas, however, believed that the western boundary was to have been the Humber River. Nevertheless, a “Plan of Toronto” drawn by surveyor Alexander Aitken in 1788 shows the “Tobecoak River” as the western boundary and the dispute was not officially resolved until a new Toronto Purchase agreement was signed in 1805.

Britain passed the Constitutional Act of 1791, which provided for the division of the original Province of Quebec into the provinces of Lower Canada (Quebec) and Upper Canada (Ontario,) and the subdivision of each province into counties, townships and towns. Etobicoke was part of York County, and the township’s boundaries (using today’s names) were set as: Steeles Avenue on the north; the Humber River on the east; Lake Ontario on the south; and on the west, Etobicoke Creek from the lake to Eglinton Avenue, then northeast along Eglinton to Renforth Drive, and then north more or less on Renforth and Highway 427.

Upper Canada’s first Lieutenant Governor, John Graves Simcoe, arrived in Canada in 1791. He had served as a Captain in the American Revolutionary War where he led the Queen’s Rangers regiment. He reconstituted the Queen’s Rangers in Upper Canada to aid in defence and the development of this new province in Britain’s image, with British names, systems and institutions. The new settlement of Toronto was renamed York, and the Toronto River was renamed the Humber River. Simcoe wanted to rename the Etobicoke River and the new township on its eastern bank “Smith,” after Lieutenant Colonel Samuel Smith who had been Simcoe’s protégé in the Queen’s Rangers. However, Simcoe was outvoted by his Executive Council, perhaps feeling that a Mississauga name should remain in place while the Toronto Purchase boundary dispute was unresolved. Thus Etobicoke became the official name of both the river and this fledgling township in 1795.

The first survey of Etobicoke was completed in 1795 by Abraham Iredell, who divided the township’s 31,000 acres into 100 acre farm lots. At that time, there were still no permanent residents of European descent in Etobicoke. The first land grant was made in 1797 to Sergeant Patrick Mealey of the Queen’s Rangers, who received Lot 1, Concession 1, which today would be on the west side of Royal York Road, running north from Lake Ontario. Some early counts of Etobicoke’s inhabitants show 8 residents in 1799, 40 in 1804, 84 in 1805, and 140 in 1808.

In 1791, Simcoe had the first road through Etobicoke surveyed going west from York along the shore of Lake Ontario, following an ancient aboriginal trail. This road is Lake Shore Boulevard today. In 1793, he built the King’s Sawmill on the Humber River, adjacent to today’s Old Mill Inn – the first industrial building in the Toronto area. That same year, Simcoe ordered the opening of Dundas Street, starting at the King’s Mill and running west along today’s Bloor Street to about Islington Avenue, and then dipping south and following the route Canadian Pacific railway does today to Etobicoke Creek, and west to Burlington Bay and eventually London. In 1814, Dundas Street was moved further north to its present location.

Simcoe felt that the provincial capital of Newark (now Niagara-on-the-Lake) was too close to the United States for safety, so in 1793 he moved it to York with its well-protected harbour. At the same time, he set aside 4,150 acres of land in Southern Etobicoke as “Militia Lands” and granted the lots to members of his Queen’s Rangers, reasoning that these experienced soldiers could quickly be called into action to defend York in the event of an attack by Americans or natives. Unfortunately, most of these retired soldiers did not take up residence on their land, but rather sold it or rented it out. Lt. Col. Samuel Smith was granted 2,600 of the 4,150 acres, a piece that ran from the lake north to Bloor Street, and from Etobicoke Creek east to Kipling Avenue. In 1797, Smith expanded a log cabin already standing on the property near Etobicoke Creek, south of Lake Shore Blvd. He possessed a surfeit of land and social status, but was never able to develop his vast property on the meagre income he earned as a half-pay officer. His descendants also left the land mostly unused until well into the 19th century, which proved a deterrent to early development in that area of Etobicoke.

When the War of 1812 started, the population of Etobicoke was about 250. At least fifty five men from Etobicoke served in the York Militia or regular British army during this war. However, the township was still considered to be on the “frontier” and it had no churches, no schools, no villages, no post offices, no stores, no hotels, and no services. The only commercial enterprises were mills: two on the Humber River and two on Etobicoke Creek. What the residents did have was lots of trees, and the prospect of many more years of back breaking work to clear the land for farming.

After the War of 1812, both Canada and Britain experienced a lengthy depression. By 1850, over eight million people had left Britain for Canada. By 1839, Etobicoke’s population had grown to 1,874. In 1850, there were 2900 residents and half of the land had been cleared and was under cultivation. Over the next 30 years, most of the remaining forest was cleared and by 1881, while the population was still around 2900, 90% of the land was now under cultivation. Etobicoke had excellent soil for agriculture, and farmers were soon specializing in wheat, dairy, livestock, and fruit farming. In the late 19th and early 20th centuries, market gardening became popular in several areas of the township, including Humber Bay, Sunnylea and Richview.

In late 1849, each township was finally granted the authority to elect its own council. The first council meeting in Etobicoke was held on January 21, 1850 in Mr. Kay’s Inn on Dundas Street. For the next 38 years, council meetings rotated among various taverns across the township. In 1888, Etobicoke Township purchased and renovated the former Islington Methodist Church at 4946 Dundas St. W. to be their first Township Hall, making the village of Islington the centre of the township’s municipal government. Soon the village also became the site of the headquarters for other municipal services such as the board of education, fire services, and electric power. 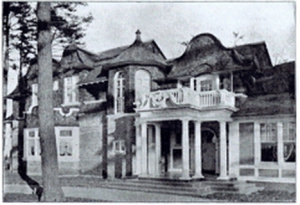 As the township grew in population, so too did improvements in housing, transportation, and services. Initially, most houses were log cabins, with the occasional frame or stone dwelling. By the late 1800s, log cabins were being replaced by frame or brick homes. You start to see the first appearances of schools, churches, hotels and stores in the 1830s. Initially settlers made use of aboriginal trails to travel throughout the township. In the 1840s, several plank toll roads opened in Etobicoke, including Albion Road and the Etobicoke and Mono Sixth Line Road (now Burnhamthorpe.) Other roads, while not planked, collected tolls to pay for maintenance, including Lakeshore Road, Dundas Street, and Steeles Avenue. Between 1854 and 1877, three railways opened across Etobicoke along the lake shore, at Weston, and near Dundas Street.

Apart from a few larger centres of population, like Humber Bay, Mimico, New Toronto, The Kingsway, and Islington, most of Etobicoke’s 31,000 acres continued to be used for farming until after World War II when the post war baby boom changed Etobicoke forever. Suddenly the land was needed to provide housing for growing families and places for people to work, and over the next few decades, almost all farmland was turned into housing, industry or services such as schools, hospitals and retail stores. It had taken Etobicoke 146 years to reach a population of 19,000 in 1941. Just 10 years later, in 1951, the population had almost tripled to 54,000; by 1961, it had almost tripled again to 156,000; and by 1971, that number had doubled to 283,000.

Despite numerous additions made to the Etobicoke Township Hall in Islington since 1888, by 1955 Etobicoke could no longer manage the work generated by all of this growth in their old Township Hall. They purchased 22 acres of land on the west side of Highway 27, south of Burnhamthorpe Road, and in 1958 opened a new Municipal Centre and Board of Education building.

As the township grew, and subdivisions were built, the names of those developments were added to the lexicon of Etobicoke communities, including now familiar areas such as Rexdale, Humber Valley Village, Kipling Heights, Humberwood, Beaumonde Heights, and Markland Wood. To the industrial area in New Toronto were added even larger industrial areas in the Norseman /North Queen area, in Rexdale, and in the Claireville area in the northwest corner of the township. These business developments gave Etobicoke a strong tax base that was the envy of many other municipalities.

In the first half of the 20th century, Mimico, New Toronto and Long Branch had become independent villages or towns. In 1967, they were amalgamated once again with Etobicoke to form the new Borough of Etobicoke. In 1983, this Borough became the City of Etobicoke. When Etobicoke, along with Scarborough, North York, East York, and York, became part of one large, amalgamated City of Toronto in 1998, “Etobicoke” ceased to exist as a legal entity. But after 200 years of existence, Etobicoke definitely still exists in the hearts and memories of those who call this place “home.”

ABOUT US
Parks, Restaurants, Events, Shopping, and much, much more! Discover everything Etobicoke has to offer!
FOLLOW US
© Copyright 2017
Loading Comments...