It’s not often that a world stage event is held in our “little” city called Etobicoke. What isn’t surprising is that the 2010 Canadian Open is being held at St. George’s Golf and Country Club, rated the number one private golf club in Canada by Score Magazine.

Originally established in 1909, St. George’s Golf and Country Club is internationally recognized for its championship golf course and consistently appears in the top-100 worldwide and among the top three courses in Canada. So what if most of us can’t afford the $70,000 initiation fee (and the $5000 yearly dues).  WIth this tournament you’ll be able to watch some of golf’s best players. It’s too bad Tiger won’t be here, mind you, he’s dealing with some issues at the moment. The RBC Canadian Open runs from July 19 to July 25th.

So as you’re cursing the heavens for the Islington Road closure remember that this event puts Etobicoke on the map. Not that we need the publicity. 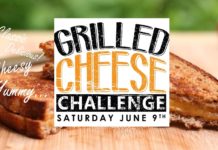