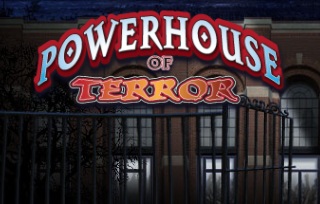 Unfortunately, the Powerhouse of Terror in Etobicoke is no more and it’s not what you think! The yearly event has actually grown to be so large that the current operator could no longer run it. With thousands upon thousands of visitors they were hoping another organization with the resources and time to run the charity haunt but alas, no one has stepped up to the plate. It’s unfortunate as this haunted attraction was one of the best in the entire GTA. Maybe it’ll be back bigger than ever but as of right now the Powerhouse of Terror has had it’s power turned off.

I don’t know what it is about the human condition that makes us want to be in a position of being scared out of our wits for the sheer joy of it. If this is you then make your way to the Powerhouse of Terror Halloween Haunted House Attraction in Etobicoke. Just don’t say I didn’t warn you!

The Powerhouse of Terror Halloween Haunted House Attraction is located at the Power House Recreation Center on the Humber College Grounds at Colonel Sam Smith Park. The Power House was constructed in 1936 by the patients of the Lakeshore Psychiatric Centre and is said to have the greatest number of ghost reports. The website www.torontoghosts.org lists the Power House as the busiest “haunt” in Toronto. There is no better location to locate a haunted house attraction than right here.

Waiting for you at the Powerhouse of Terror are several attractions meant to cause you fear! CarnEVIL Manor haunted house where the carnies, clowns, and all distortions of nature live. Quarantine 2 Zombie Apocalypse is a sick and twisted maze of carnage. The Darkness haunted house is another fear filled maze. Also the unbelievable Buried Alive allows you to lie in a REAL coffin and feel what it would be like to be buried alive. A real scare if you’re claustrophobic. There are several other sideshow attractions to keep you entertained as you make your way to each haunted house.

Several media outlets have written that The Powerhouse of Terror in Etobicoke is one of the best Halloween attractions in Toronto and the GTA. Another great thing is that the majority of proceeds go to the PACT Urban Peace Program. Make a night out of it and be prepared to be scared straight. You can laugh about it later with your friends and family, telling them you weren’t scared at all… yeah right!

Powerhouse of Terror: Where and When in Etobicoke…