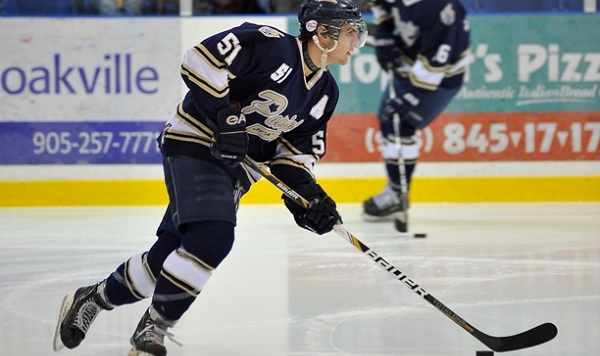 Growing up in Toronto most of us automatically become fans of our great national pastime, ice hockey. As a youngster my team of choice was the Toronto Maple Leafs but the reality was that we could simply not afford to go to games. Instead my dad brought me to junior games around the city and I had a blast! I still remember those days like they were yesterday. One such team seeking to gain community support is the Toronto Patriots Hockey Club, and boy do they deserve it.

The Toronto Patriots Jr. ‘A’ Hockey Club is made up of highly skilled players aged 16 to 20 years old playing out of Westwood Arena. Most are seeking NCAA Scholarships or further development to one day play in the Ontario Hockey League. Last year’s team featured eleven players who are going to NCAA schools, one player is now in the CIS, and one player who will be playing in the Ontario Hockey League. The best part? Tickets are super-affordable and every seat is a great seat. Tickets for young children are only $2 while their parents pay $10. There are also specials for students, seniors, groups, and season ticket packages. Make it a weekly or bi-weekly outing with the kids and trust me they’ll love it, just as I did with my dad bringing me to games when I was six years old. Tickets can be purchased at the door. Some of the team’s accomplishments this year:

The games are fast paced with exciting plays, crisp passes, and no egos. The Toronto Patriots Hockey Club perform a lot of charity work with Haven on the Queensway by hosting them at the games and holding food, clothes, and book drives as well. These are fine young men with good hearts and amazing hockey skills.

So make a young fan out of your child and bring them to a Toronto Patriots Hockey Club game. The likelihood is that you’ll become a fan of this hard-working team as well!

Toronto Patriots Hockey Club: Where and When in Etobicoke…